The Crozz three was launched in 2007 and has since been used by many with great pleasure. Changing methods and developments in technology have resulted in a new design of this medical equipment cart. In consultation with users and dealers, the 2nd generation of the Crozz three has been established.

Improved in all aspects

The cart has been improved on many points. The design, but especially the functional aspects have received a lot of attention:

The Crozz three 2G equipment cart is based on the familiar modular concept of Jansen Medicars. This allows the cart to be completely tailored to your wishes. We can offer an optimal solution for every application. Various accessories are available for this, such as:

As an option, the Crozz three 2G cart can be equipped with  the new Motor Drive System. This Motor Drive System is an electric drive designed to easily move heavy and difficult to move medical carts. This system moves the cart completely on its own, making it easy to move over long distances as well as in small rooms. This new generation drive systems has been improved in a number of ways:

Feel free to contact us for an appointment or a quote. We look forward to discussing the best solution with you. 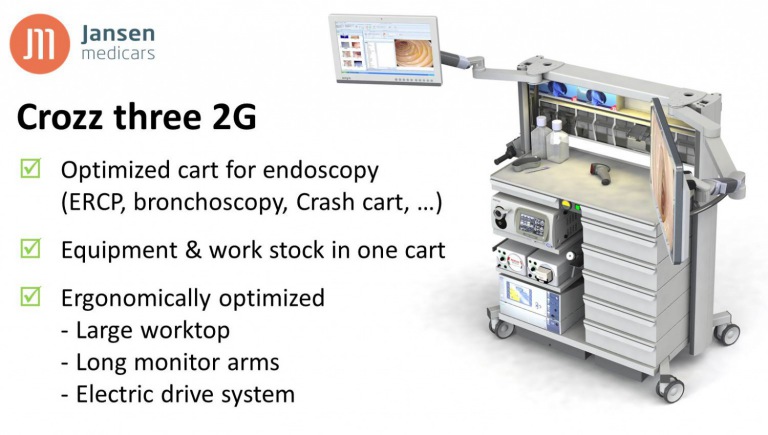 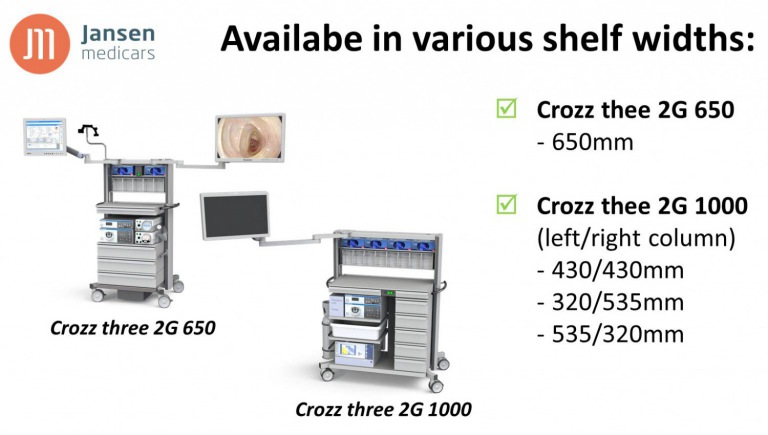 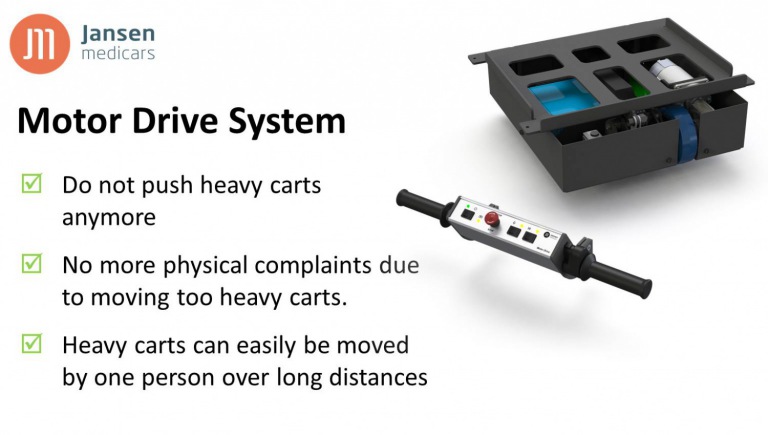 Jansen Medicars has a new company logo
and a new website